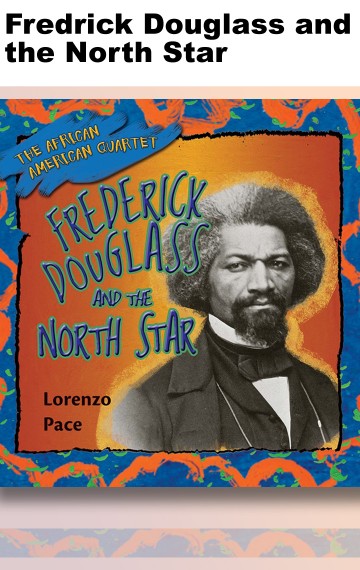 Frederick Douglass was an outstanding reader, writer, orator, and freedom fighter. His courage as a black man and escaped slave continues to inspire millions of people worldwide. In Frederick Douglass and the North Star, author and artist Dr. Lorenzo Pace uses imaginative art and a smoothly paced narrative to tell the story of Douglass’s abolitionist newspaper and its role in the fight to end slavery in the United States.

Dr. Pace is the former director of the Montclair State University Art Galleries in Upper Montclair, New Jersey. He is the sculptor commissioned to create Triumph of the Human Spirit for the African Burial Ground Memorial in Foley Square Park in New York City. He is currently a Professor of Art at the University of Texas Rio Grande Valley.

Go behind the scenes for an exclusive look inside the studio of Dr. Lorenzo Pace. School Library Journal visits Dr. Pace’s Brooklyn, N.Y. art studio to learn more about his work and influences. END_OF_DOCUMENT_TOKEN_TO_BE_REPLACED

Dr. Lorenzo Pace shares the story of the slave lock passed down through the generations of his family as part of the Legacies: Contemporary Artists Reflect on Slavery series. END_OF_DOCUMENT_TOKEN_TO_BE_REPLACED

If you’d like to have Dr. Pace present at your venue, we’d love to hear from you. For scheduling information and fees, please leave your contact information so we can talk.  END_OF_DOCUMENT_TOKEN_TO_BE_REPLACED